Today is my scheduled Ice Flight to McMurdo Station.  I woke up at 4 am to get ready to leave and received phone call at 4:40 notifying me that the ice flight was delayed for 4 hrs.  So, I took a nap, had a good breakfast, and now have time to write this post!

I arrived here on Saturday after about 30 hrs of traveling (my house – to the hotel here in Christchurch).  New Zealand is a day ahead and 4 hrs behind Seattle time, so I skipped Friday!

On my flights here, I met quite a few people traveling to McMurdo as well. Some are grantees (people working on the science projects) working on the ice for a month or 2, and some are support people who will be here for the entire field season (4 months).  There are people studying neutrinos, and doing research in the dry valleys.  And there are people with firefighting jobs, and heavy equipment operators. I even met a nurse who loved spending the summer season here doing all sorts of jobs.  This year, she is a janitor. Some have been here for 16 seasons.  And, for some of us (like me), it is our first season at McMurdo. 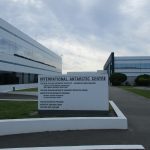 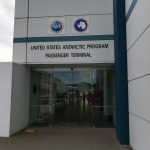 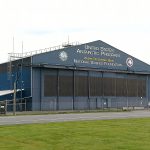 On Sunday, shuttles picked us up from several different hotels and took us to the United States Antarctic Program (USAP) Clothing Distribution Center.  This is also the terminal where we will board our planes from.   We had briefings there, had our laptops screened for viruses, got flu shots, and were issued our Extreme Cold Weather (ECW) Gear.

Today, we have to wear our core gear (parka, pants, boots, balaclava, gloves) on the the flight that takes us to the Ice.

While I was here in Christchurch, I also able to meet up with the rest of my team.  They arrived 3 days before me and were supposed to already be on the ice when I arrived.  But poor weather conditions at McMurdo have caused delays for several days and they haven’t been able to send their flight to McMurdo yet.  So, the new plan is to get all of us (from both flights) out today on a C-17,  which is a large military transport plane (much larger than the C-130s).  There are 111 of us total for the flight scheduled today, plus all of our gear and I am sure cargo.

So far, I haven’t received any new updates!  So, hopefully, the next time I write, it will be from McMurdo!

UPDATE:  About an hour after I wrote this, while I was taking my bags to the front desk to check out, I received a message that we had a 24 hr fly delay.  So, we will try again tomorrow!